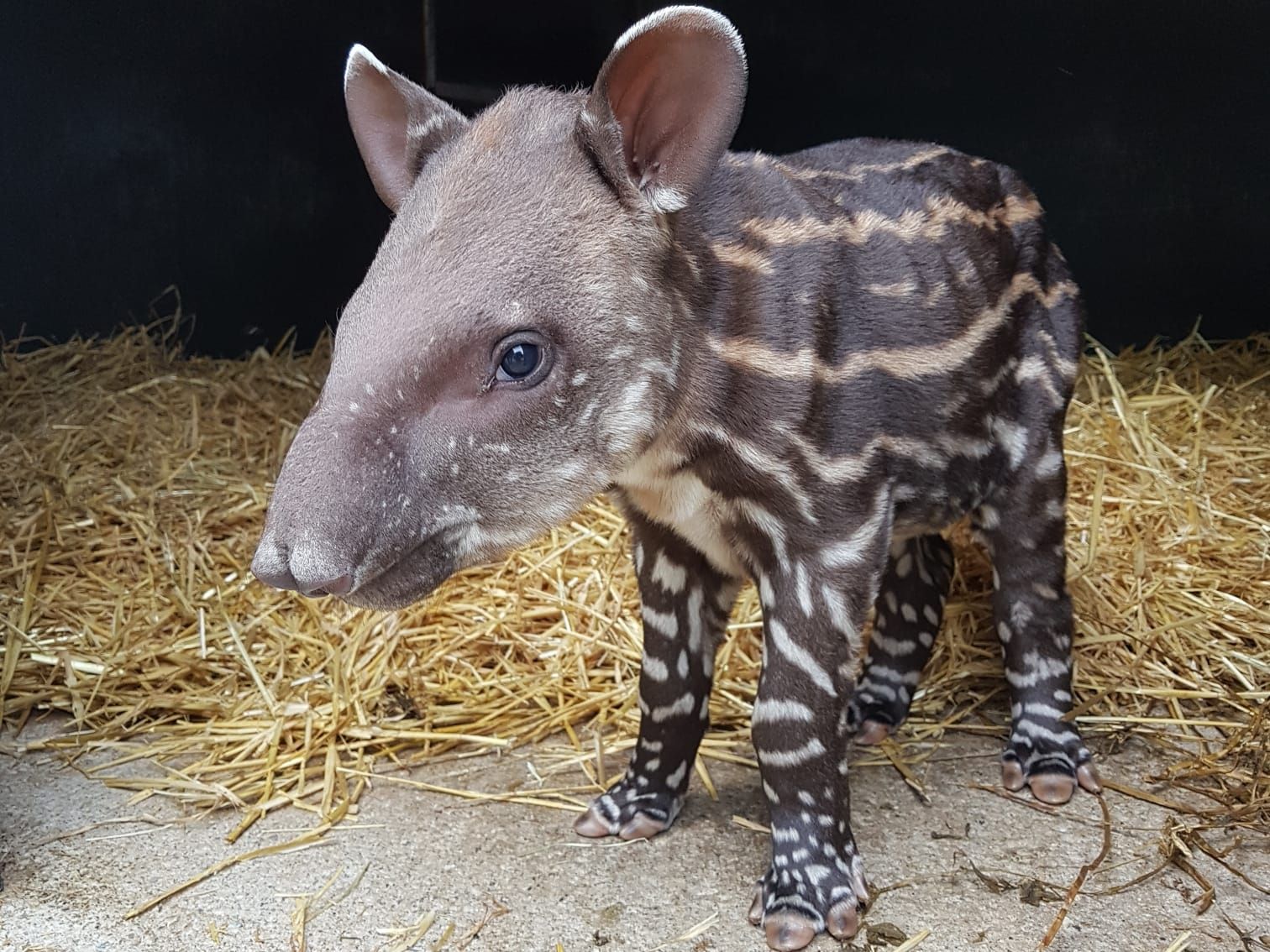 Brazilian tapir Emily has given birth to a healthy baby boy. Emily and father Al are second-time parents, after welcoming female tapir Matilda back in 2018.

Also known as lowland or South American tapir (Tapirus terrestris), this species is native to forests across South America. Tapirs are known to be strong swimmers and divers, and can use their long, trunk-like nose as a snorkel. When foraging for aquatic vegetation to consume, tapirs will use these abilities to submerge underwater. The tapirs at the zoo have been known to enjoy a swim in their outdoor pool, particularly during the warmer weather.

When they are born, tapir calves have a distinctive coat pattern (that can resemble the markings of a humbug sweet or even a watermelon). These dappled spots serve as a form of camouflage for the calves, to hide them from any predators in the wild, such as jaguars or crocodiles. These markings disappear by six months old, after which the young tapirs start to gain their adult appearance.

With their population in decline, the biggest threats to this Vulnerable species are excessive hunting, competition with livestock as well as deforestation, leading to loss of their natural habitat. So this new arrival is an important addition towards the future of Brazilian tapirs.

The baby tapir can be seen at Newquay Zoo with mum Emily, Dad Al, Sister Matilda and Uncle Johnson the capybara in the paddock, and will be in the field once he gets a bit older.