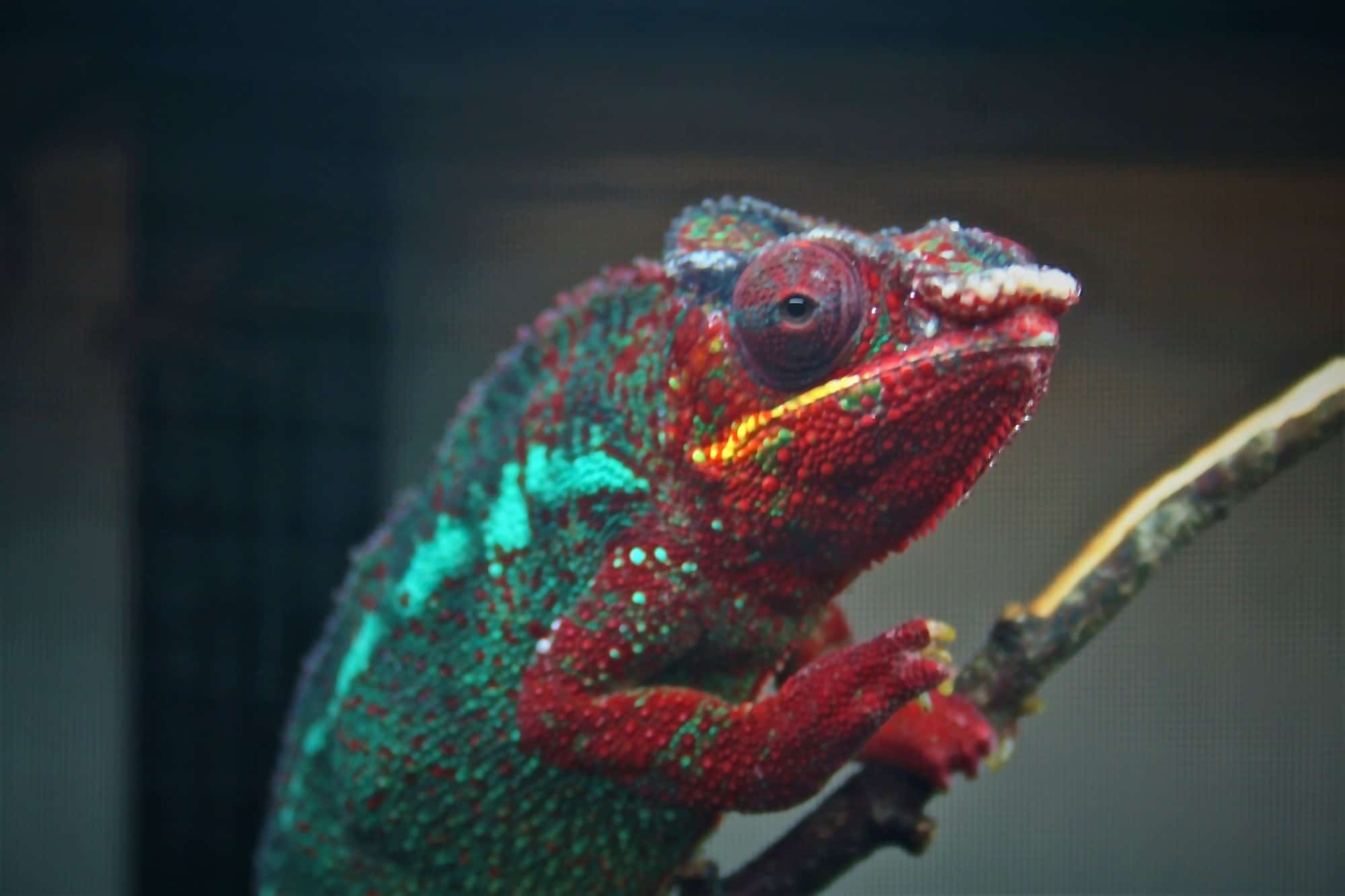 So, with this latest addition we thought we would provide you with some interesting facts about this striking species.

Where do they live?

What is their diet?

Panther chameleons are insectivores, which means that their diet consists primarily of insects, including locusts, crickets, grasshoppers, meal worms and roaches.

Panther chameleon’s coloration and patterning vary according to their location of origin. For example, in the Madagascan island of Nosy Be they are emerald green, turquoise or blue-green, and in the north of Madagascar they are bright pink with yellow stripes.

Regardless of their locales, female chameleons generally obtain a dull colouration in comparison to males, who will display more vibrant colours.

It is commonly believed that chameleons change their colour to match their surroundings and therefore camouflage themselves. However, they actually change colour due to their emotional state and temperature.

Make sure you keep an eye out for our latest addition when you next visit!