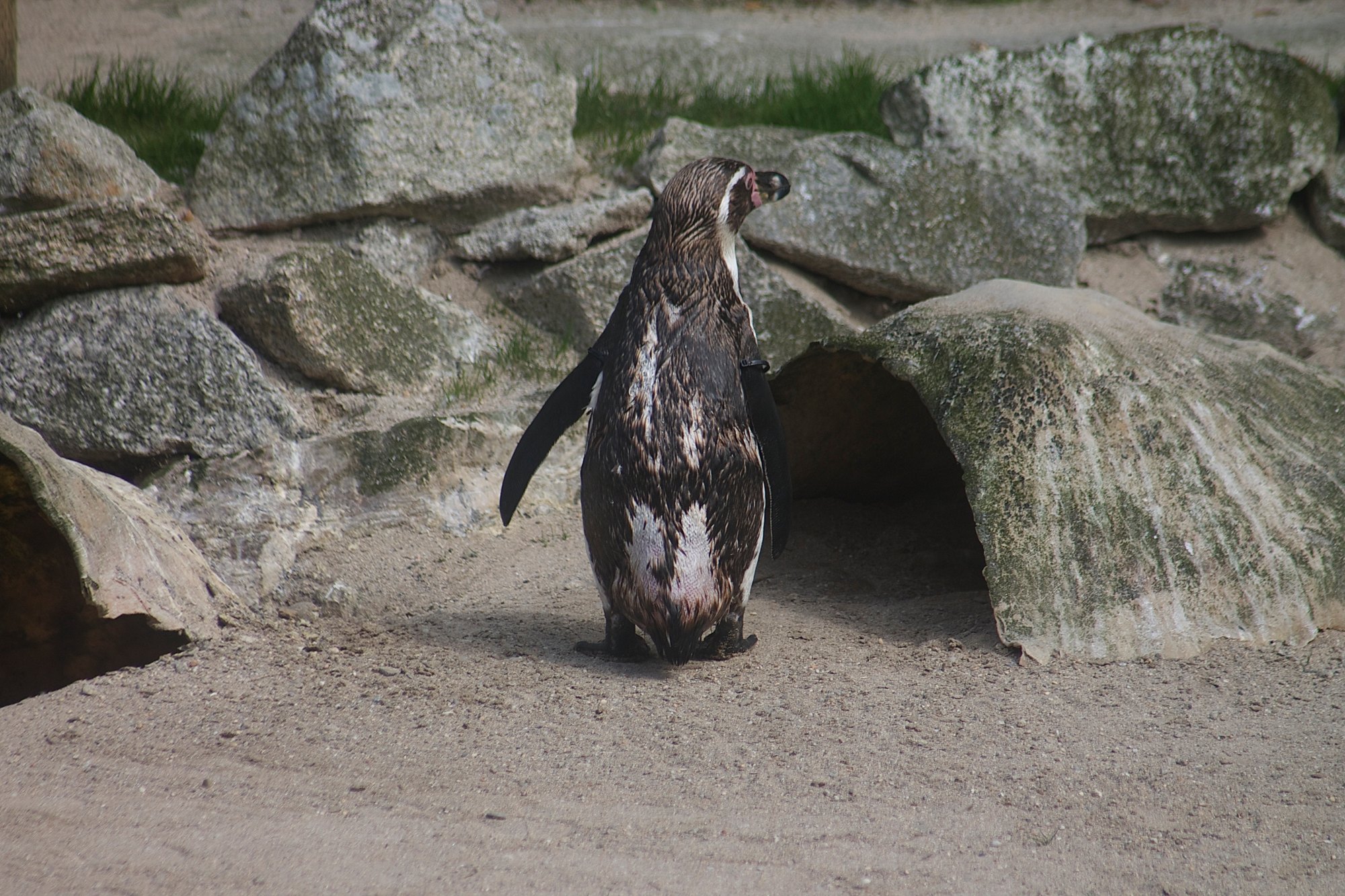 Currently our colony of Humboldt penguins are going through the change, which is called a moult.

Once a year penguins experience a moult which last around 4 weeks. This is the process where they replace their entire set of feathers with new ones, and although it is not the prettiest of transitions it is necessary to maintain their waterproof coats for the winter season ahead.

The moult is a three part process, and it can be an uncomfortable one:

Before the beginning of their moult, their ‘pre-moult’ period, they will consume up to 3 times their normal diet of fish and gain up to a third of their body weight, as during the moulting period they will stay on land, and therefore without food. Almost like a fasting period.

During stage 2 they will remain on land as their old feathers begin to moult and new feathers begin to grow under the surface of their skin. Swimming is a no-no during this period as they have no waterproof protection.  The food they consumed pre-moult will give them energy and keep them alive whilst their new feathers grow in. This is the ‘awkward phase’ as they look scruffy and dishevelled.

They have finally moulted their old feathers and are in their brand new waterproof attire. During the first few days after moulting, their appetite still remains low. However after that, watch out! As they will go wild eating all  the food they missed out on during their moulting period.

So the point we’re trying to make is that, should you visit Newquay Zoo anytime soon, don’t be alarmed by their appearance. Everything is happening as it should, and soon our colony of 18 Humboldt penguins will be displaying their beautiful new waterproof coats.

Why not stop by soon and check them out for yourselves?