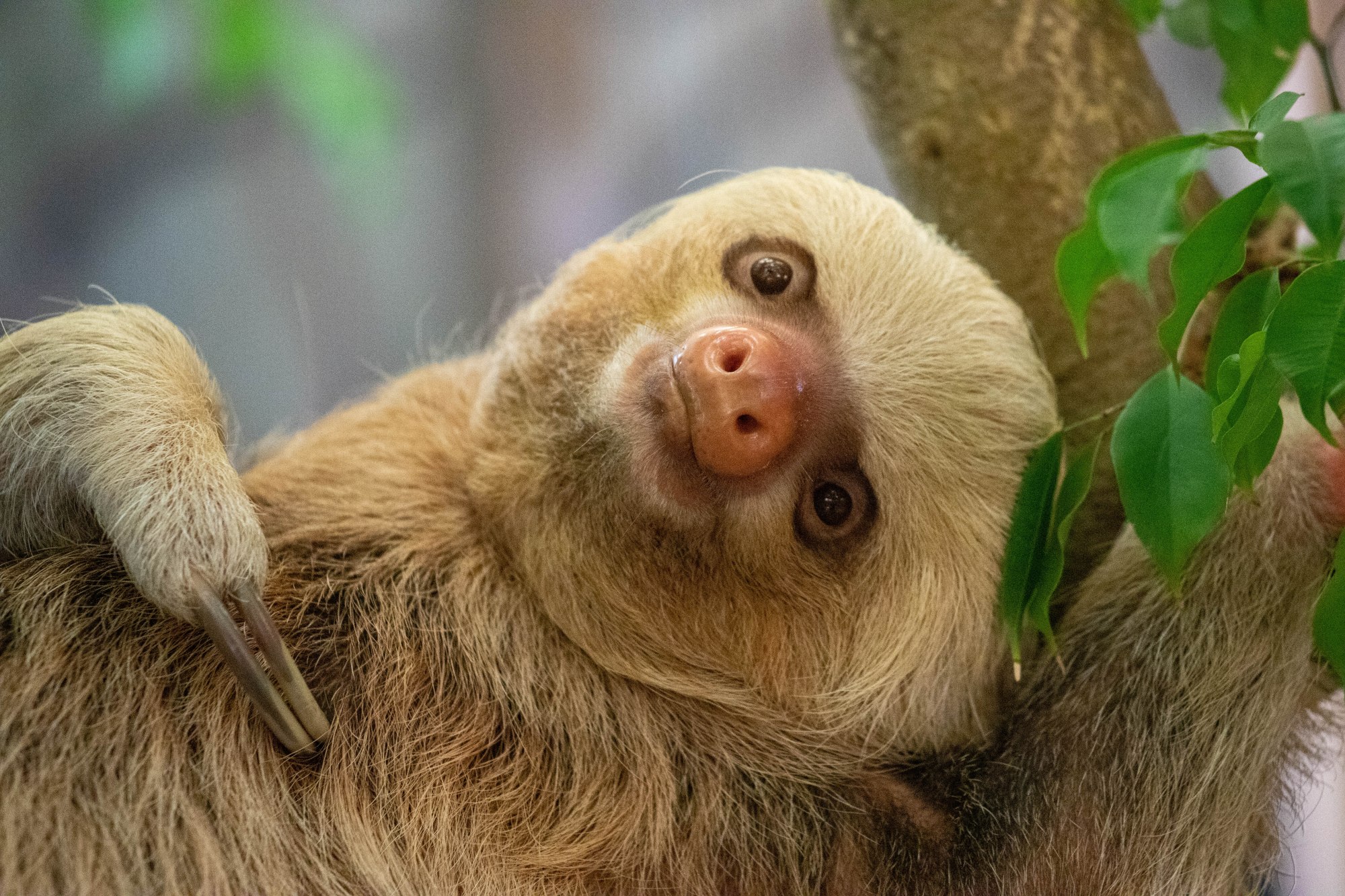 After a long 15 months, we are finally able to re-open our Tropical House as Government restrictions lift from 19th July.

So, we thought we would give you a heads up as to what weird and wonderful species our Tropical House is home to, and who you need to look out for on your next visit.

These pair are fairly easy to tell apart as Roxy has very pale sand coloured hair, whereas Hadar has dark brown hair and a paler face.

Fun fact: their slow movement is an adaptation for surviving on their low-energy diet of leaves.

At Newquay Zoo we have blue, yellow and black poison dart frogs, which can be found in the central tank on the bottom floor of the Tropical House. On your next visit, see how many you can spot.

Our Chilean rose tarantula can be found on the bottom floor of our Tropical House, although you may need to look a little harder for this one as they are a nocturnal species.

Fun fact: These spiders can throw irritating hairs from their body in defence

Our panther chameleon can be found inside the main entrance to the Tropical House.

Fun fact: they have 360 degree vision which enables them to fully scan their environment for food or an escape route from their predators.

We have 5 electric blue day geckos at Newquay Zoo, with 3 breeding pairs as we hope for breeding success in the future to contribute towards the captive population of this species.

Fun fact: they are also known as turquoise dwarf geckos as they are only around 6-10cm long.

Of course there are plenty more creatures for you to spot in our Tropical House. We look forward to re-opening this exhibit to everyone from Monday 19th July.