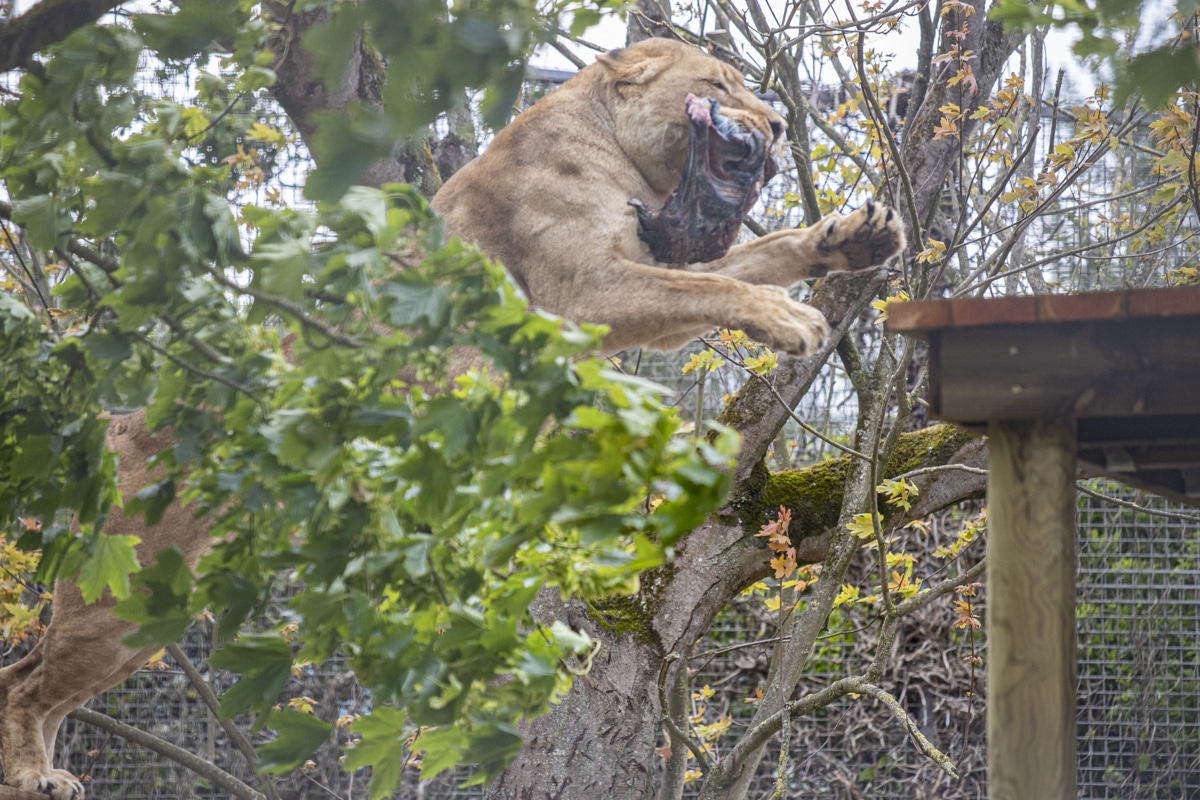 The process of redevelopment began back in April, when the decision was made that the original lion platforms needed upgrading. A plan was devised between the Zoo’s Animal Keeping and Maintenance team to ensure that the new design would stimulate the lion’s natural behaviours by providing them with more resting space and varying platform levels to leap between.

The Zoo’s Maintenance team began the project at the end of April. They completed the process in stages, dismantling and then erecting the new platforms one by one as the timing of having the lions secured in their indoor enclosure whilst the Maintenance team could carry out the work needed to be included. All in all, the main phase of the project took three weeks to complete, with phase two due to start in the coming weeks.

Deputy Curator John Meek, ‘’We are thrilled with the outcome of the new and improved lion platforms. The lions themselves absolutely love them and spend most of their day resting and soaking up the sun upon them!

‘’It’s spectacular to see them during their feed as we tend to hide their food around the enclosure as a form of enrichment. Once the lions have found their food, particularly our lioness Semira, will leap from platform to platform until she is at the highest level. It’s great to see!’’

African lions are native to sub-Saharan Africa, living in savannahs and grasslands, where there is shade and plenty of water. They are classified as Vulnerable on the IUCN Red List of threatened species, sadly due to illegal poaching, habitat destruction and human encroachment on their territory. Newquay Zoo is home to siblings Boss, Semira and Amahle, who are brilliant ambassadors for this big cat species.