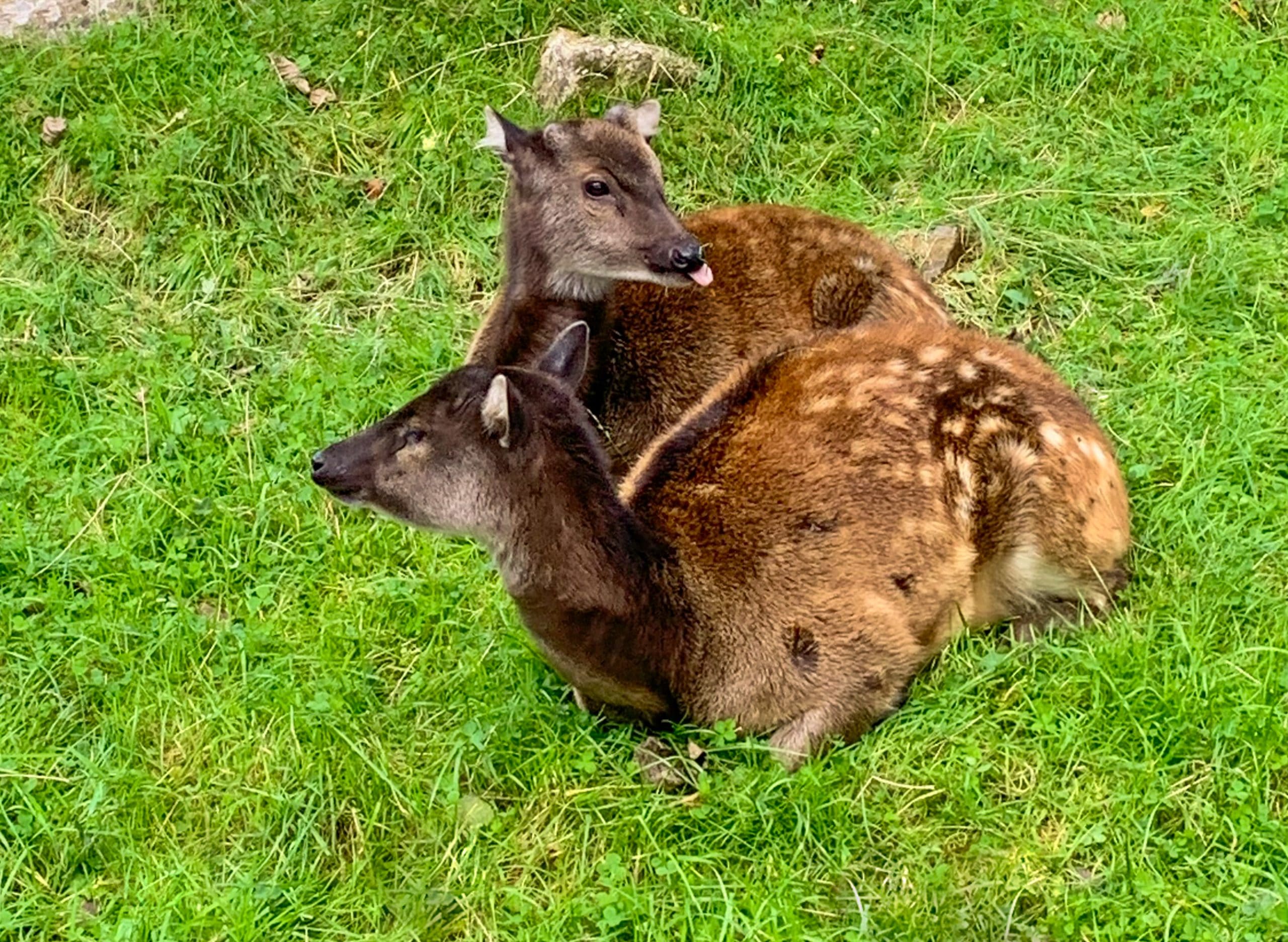 Also known as Alfred’s deer, Philippine spotted deer are native to the Visayan Islands of Panay and Negros in the Philippines. They are a nocturnal species, mostly emerging at dusk to feed on a diet of grasses, leaves and buds.

The introduction of a male to Newquay Zoo presents a potential opportunity to breed the pair, who are among the most Endangered deer in the world. Their future in the wild is uncertain: they are threatened by habitat destruction and poaching, and legal protection against hunting the species has been hard to enforce.

The deer, named Neil, seems to be settling in well and has made an immediate bond with female Belle. Newquay Zoo has been very successful with this species in the past so there is hope that there will be fawns in the pair’s future. They can be seen opposite the cusimanse exhibit at Newquay Zoo.

Capuchin monkey born at the zoo!

Newquay Zoo has recently celebrated the birth of a white-throated capuchin; a primate native to…