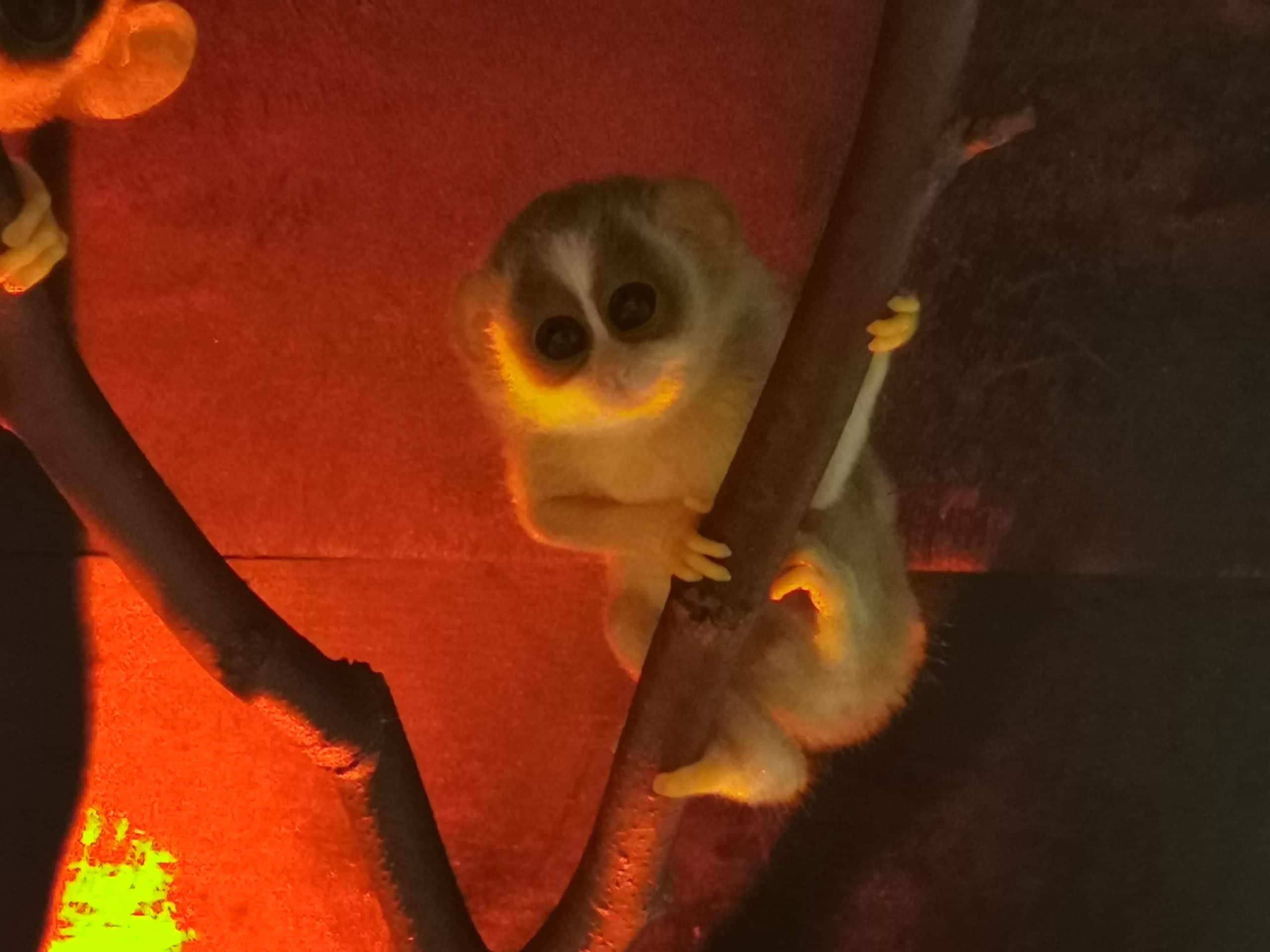 The baby, who is yet to be named, was born on 22 September to parents Sheldon and Ribke. This is their second baby this year, with another born in February 2021.

These small, nocturnal animals spend most of their time living in trees, travelling along branches on all-fours. They are a social species and will sleep by tangling their limbs together and forming a ‘sleeping ball’.

Laura Meredith, Keeper, said: “This is the first time we’ve seen the baby on its own, which is really exciting! They spend the first few weeks on their mother’s backs until they are old enough to be ‘parked’ on a tree while the mother goes off to feed.”

The slender loris is a Near Threatened species that live in the forests, plantations and jungles of Sri Lanka and eastern and southern India.

They appear to prefer living in degraded areas, rather than primary forests, which means that they often live near to human settlements and plantations. Living in such unstable territory means that they are vulnerable to habitat loss.

Newquay Zoo is committed to support the conservation of the species and is part of the European Endangered species breeding programme to help ensure their survival.

The new gray slender loris, along with the rest of its family, can be found in the Wildlife at Night exhibit.

Following the announcement that an Avian Influenza Prevention Zone has been declared across the country,…

New developments at our zoos