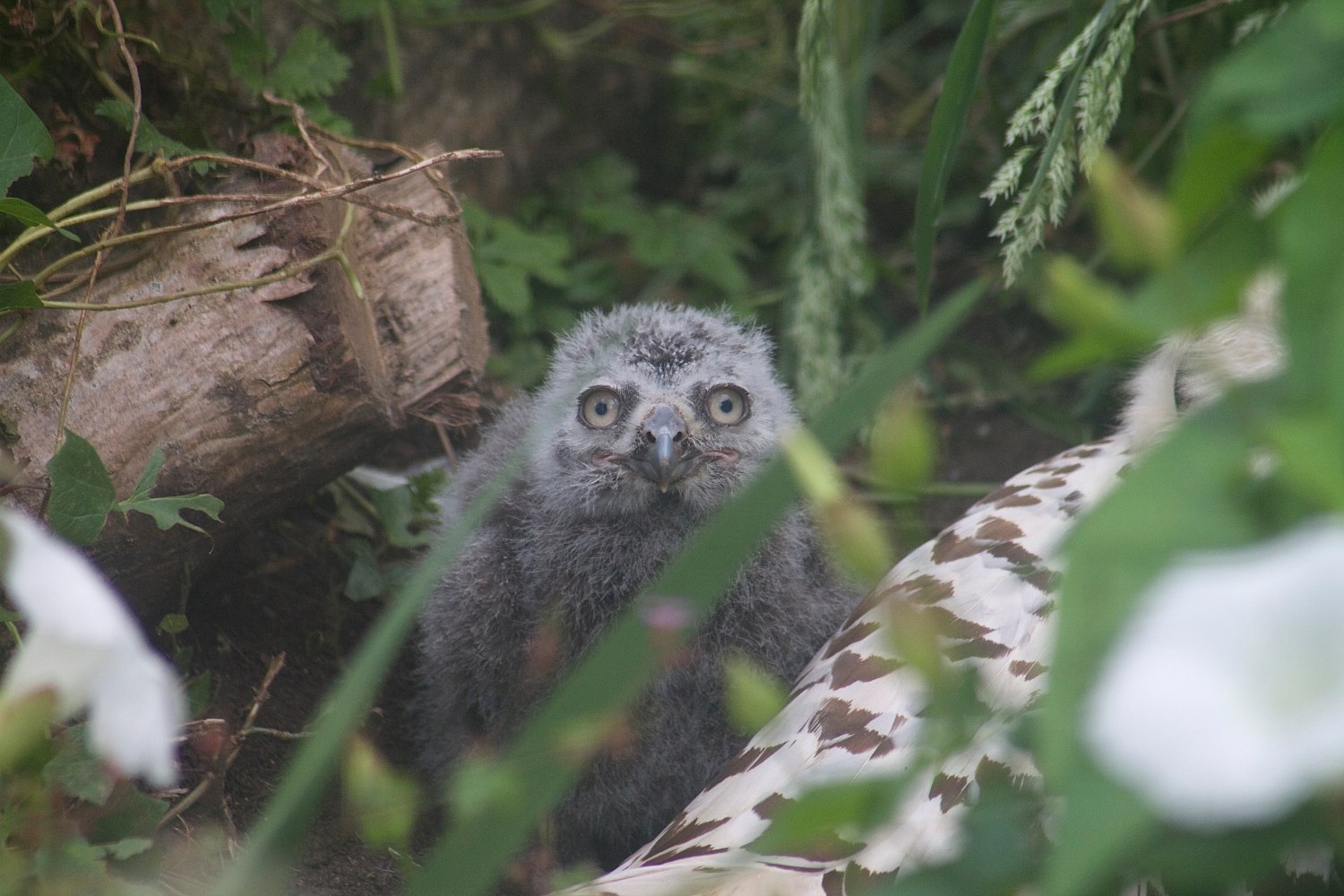 A snowy owl chick has hatched at Newquay Zoo – and it’s the first time that they have bred this species.

Born on 14th June, one single chick hatched to the unnamed pair, who arrived at the zoo back in April. Deputy Curator John Meek ‘We are thrilled to have bred this species for the first time ever. Arriving from Paignton Zoo back in April, the pair had already made their monogamous bond with each other, as snowy owls tend to pair for life.’

The snowy owl breeding season takes place from May to June. They will nest on the ground, building their nest on top of a mound or boulder so that they have good visibility and hunting access. After approximately 5 weeks of laying, the eggs will hatch and the owlets will be cared for by both parents.

John continues: ‘The owlet seems to be doing well, mum is spending the majority of her time on the nest which is a good maternal sign – the chick is very sweet.’

When first hatched, the chicks have their soft white primary down feathers and are the same size as a tangerine. By week two, they will have tripled in size and their grey secondary down feathers will begin to grow in. They will be two months old before they have all of their insulating feathers.

Snowy owls are not considered endangered however, human activities pose the main threat to these beautiful birds. Among these are collisions with power lines, wire fences and vehicles. They also suffer from illegal hunting. Newquay Zoo are delighted to be able to contribute towards the captive population of snowy owls, as they are classified as a vulnerable species.

Following the announcement that an Avian Influenza Prevention Zone has been declared across the country,…

This autumn, Newquay Zoo have welcomed a new baby gray slender loris. The baby, who…